What is the Difference Between Management and Harassment? 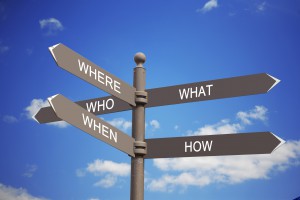 One of the most difficult areas for an investigator, much less a manager, to discern is when a situation escalates to the level of harassment.  What is the difference between management and harassment?  How can a manager have the right to manage without it being called a form of abuse? Normally harassment means that more than one event has taken place. Abuse that is repeated and intended to torment, undermine, frustrate or provoke a reaction is considered abuse.  It is the repetition itself, more than a single event, that creates the harassment.  For instance, John calls Jane ‘stupid’ for something she has done. If it was a one time only matter, it would not be considered harassment.  If, however, John kept calling Jane stupid all the time or constantly belittles her, it would be considered harassment.  By calling her stupid repeatedly, John is either tormenting or undermining her through the repeated insult.

Can a Single Incident Be Considered Harassment?

A useful guide to help understand harassment can be found from the Canadian government.  In order to claim harassment, all of the following conditions must be met:

It is important to remember that in the case of sexual harassment, a single incident is more significant when the person accused has influence or power over the person making the accusation. This power includes career advancement, performance review, absenteeism, day to day management of activities, work assignments and ability to discipline the person.

What Does Not Constitute Harassment

Some Questions to Ask Yourself

Here are some good questions to ask yourself if you think you are being harassed (h/t Government of Canada):

Other Questions to Ask Yourself

It is important to remember that an allegation of harassment is a serious matter.  In order to properly assess the situation, you need to understand what harassment is and is not.  This will allow you to determine if you have fallen victim to it.

Sign Up for our Newsletter and FREE webinars
BONUS: Get Our WPV Compliance Checklist that will allow you to Assess your risk before we do. (Normally we charge $99 for this checklist, you will get it FREE)

Powered by Convert Plus

Stop Hidden Lawsuits Before they happen...